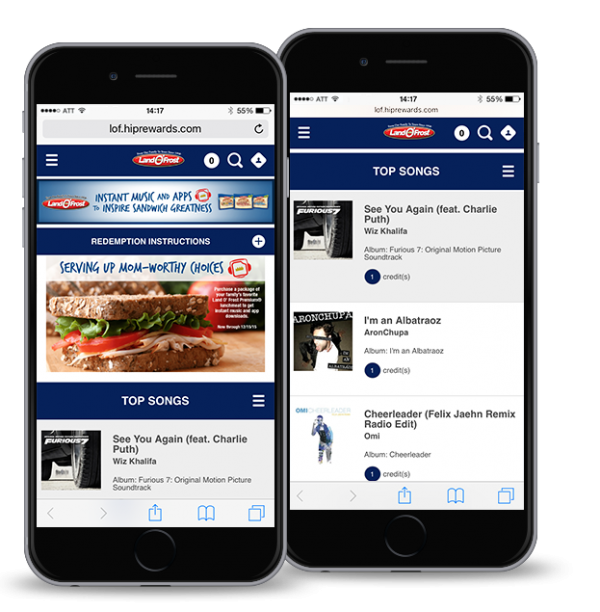 To reward purchases at specific retailers Land O’ Frost is running a promotion on the SnippRewards platform.

Consumers who purchase specially marked Land O’ Frost lunch meats at Ingles, Jewel-Osco and Schnuck’s grocery stores during the promotion period will receive a sticker on pack containing instructions to redeem their reward on a PRP redemption storefront at http://lof.hiprewards.com/.  Codes are worth 1 credit each and consumers can redeem for Music or Mobile Apps.  The promotion will be communicated via sticker on pack.

Get the latest news