Get to know our board of directors and strategic advisory board. 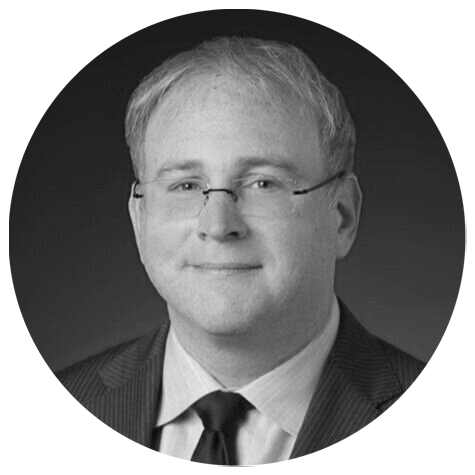 Mr. Tunick is an award-winning Wall Street consumer research analyst, investor and business leader in early-stage consumer technology companies. For nine consecutive years during his career at JP Morgan Chase, Mr. Tunick was voted as the #1 retail analyst on Wall Street by mutual funds and hedge funds in the annual Institutional Investor poll. Throughout his 20+ years of equity research and capital markets experience as Managing Director at JP Morgan Chase and Royal Bank of Canada (RBC), he advised and facilitated the IPOs of companies such as Lululemon, Canada Goose, Ulta Beauty, Michael Kors, Burlington Stores, Stitch Fix and Tumi to name a few. At RBC, while covering 25 retail/consumer companies, Mr. Tunick helped Institutional investors understand the financial implications as the sector underwent unprecedented changes. He was a frequent guest on CNBC, Bloomberg Business and his thematic research reports were often quoted in Barron's, The Wall Street Journal, Bloomberg Business Week and Investor's Business Daily. In 2019, he formed Grand Slam Partners to invest family office capital in private companies that he believed were disrupting their industries including Alpha (plant based) Foods, Bluestone Lane Coffee, Genies, Hint Water, Pipe, Rescale Software, Sneakercon and The RealReal. In 2021, he co-Founded vranda.io, an ESG operating system unlocking the value of ESG data for companies that are needing to comply with the increasing scrutiny and risks associated with SASB, TCFD, GRI and other key standards of carbon emissions, DE&I programs and corporate governance. He is an advisor and seed investor in XRC Labs, a NYC based venture capital firm and innovation accelerator for the next generation of disruptors in the retail technology and consumer goods sectors.

Tom J. Burgess is a seasoned executive in online and wireless interactive advertising and digital media technology. As a serial entrepreneur and innovator, he has been granted multiple patents for his pioneering work in the wireless, mar-tech and loyalty industries. Mr. Burgess is a frequent speaker at global marketing conferences and has been quoted or featured in Forbes, NY Times, Wall Street Journal, Boston Globe, CNBC and many industry publications. He founded Linkable Networks, a payments loyalty company in 2010 and orchestrated a significant asset sale to the global loyalty company Collinson in September 2017. In 2001 Burgess founded Third Screen Media, a wireless advertising company that was purchased by AOL/TW in 2007. Mr. Burgess is an active Board Member and advisor to early-stage ventures, with a focus on corporate development, Board governance and investor relations.

Mr. Haji is a qualified CPA, CA having managed audits of both public and private companies while working for Clarkson Gordon and Company (now E&Y) in Toronto. He went to Pakistan and started two successful businesses before returning to Canada in 2009.  On his return to Canada, he provided consulting services to Par Pak Ltd, Brampton a plastic packaging manufacturing company, assisting them in their sale transaction

Mr. Sabharwal is a founder of Snipp and has over 10 years of experience in the digital media/mobile industry. He served as Executive Director of the Acme Group, a $2+ billion company based in India. Mr. Sabharwal’s earlier experience includes a board role at eSolar, an Idealabs company funded by Google, GE & Oak Capital, being the founder of the Finalysis Group (a consulting group and provider of remote services such as call center management and lead generation to corporate clients), and positions with AOL, IBM Business Services (previously PWC Consulting), the Boston Consulting Group and News Corporation. He holds an MBA from the Australian Graduate School of Management and attended Wharton.

Prior to his career in media and technology, Tom was a corporate lawyer with the global law firm Dechert. Tom is an entrepreneur, operating executive, Board member and investor focused on Internet software, digital media, data/analytics and marketing technologies. He is currently President of Cove Street Partners, an investment and advisory firm helping technology companies succeed across the lifecycle – from innovation to growth, through M&A transactions. Tom was most recently CEO of Verve Mobile. Verve was the first company to use data and analytics to understand how mobile users move through the consumer journey and harness that knowledge for advertisers.  He grew Verve from a small startup to over 150 people, profitability and over $100 million annualized revenue.

Mr. Dillon is a seasoned shopper marketing professional with almost twenty years of experience in shopper marketing and retail-related promotions. Mr. Dillon is also recognized in Shopper Marketing Magazine’s “Who’s Who in Shopper Marketing”. Mr. Dillon spent 17 years at Pepsico, across brand, innovation, promotions and shopper marketing. He held executive positions at both [x+1]/Rocket Fuel and Catalina adding significant expertise in purchase behavior targeting and measurement in the digital space. Currently, Mr. Dillon is the founder and “captain” of Seven C’s…a consulting firm specializing in helping clients navigate the new path to purchase. Mr. Dillon holds a Bachelor of Arts from the University of Georgia and an MBA from the University of Rochester’s William E. Simon School of Business.

Dave has been involved in the information security field for nearly 20 years, first as a Federal agent pursuing cyber-criminals in the era of floppy disks and 2400 baud modems through his most recent experience as the Global Chief Technology Officer of FireEye, a leading cyber-security solutions provider. While at FireEye Dave provided his insights and expertise in guiding the company’s product strategy, as well as evangelizing and educating practitioners, executives and boards of directors around the globe. Prior to FireEye Dave was the Chief Technology Officer and Vice President of Products at Mandiant. Before Dave’s 10 years as a solutions provider, he spent another decade as a security practitioner, first as a Special Agent in the Air Force Office of Investigations, pursuing cybercriminals and conducting digital forensic investigations, and later as head of AOL’s Technical Security organization.

Ritesh is a co-founder and former President & CTO of Snipp. He has over 10 years of experience in the digital media industry and a passion for starting companies. Previously he was at McKinsey & Company for five years in New York in its Media, Technology & Telecommunications practice. He has served as General Manager at Precicompo, an Indian automotive manufacturing business, and had also founded Unsurface, a consumer-facing digital media distribution service company (later sold to Sony Music Corp). Ritesh holds an MBA from INSEAD and a BS in Computer Science from Stanford University.

Tom is the CMO of Treasure Data, a leading provider of Customer Data Platforms (CDP). Treasure Data is a subsidiary of Arm Ltd. As the CMO at Treasure Data, Tom drives the marketing strategy and execution for Treasure Data's CDP (Customer Data Platform) solution. Previously he helped define the product roadmap for Alexa Internet's SaaS marketing, SEO and analytics tools. Alexa Internet is a subsidiary of Amazon. Before that, he was the Director of Marketing for Wrike, a leading project management and collaboration software solution which was recently acquired by Citrix. He has prior experience in high tech and consulting with HP, PwC Consulting, Booz Allen, Meltwater and Sony Electronics. Tom specializes in Lead Generation, Awareness-building, Content Marketing, Social Media Marketing, and Search Engine Optimization (SEO). He also has significant experience in Website Strategy, Email Marketing, and SEM (Search Engine Marketing). He has presented at various industry events and has been published or quoted in Forbes, Investor's Business Daily, VentureBeat, Social Media Examiner, CMSWire, Martech Advisor and Retail Touchpoints. Tom has an MBA from the Wharton School of Business, as well as a Master of Arts in International Studies from the University of Pennsylvania. With a unique blend of business experience, technical skills and creativity, he has been able to make a meaningful impact on many companies. Tom will assist Snipp with marketing and increasing Snipp’s exposure in the marketplace.

Sumit has two decades of experience around market research, product management and innovation. Sumit comes with his eclectic experience across clients, operations and digital transformation. Sumit started his career as a research executive with Blackstone Market Facts (which is now Ipsos through M&As) and has deep experience with servicing marquee clients across FMCG, Finance, Telecom, Auto and Retail verticals. During his stint at Nielsen, he has taken various leadership roles - In the commercial organization leading the Telecom vertical in Middle East and India and in the Operations organization leading technology innovation for consumer insights business globally, where he brought cutting edge technologies to enable modern data collection, driving digital transformation for strategic projects and global operations.  He has extensively worked with the startup ecosystem and has collaborated with multiple startups in various fields including AI/ ML, Image processing, VR/ AR technologies, Text Analytics, Survey platforms, Consumer Panels, Voice tech, Eye tracking, Geo-location tracking. Sumit currently is an advisor and mentor to a range of start-ups in the consumer goods space and will assist Snipp with increasing sales in Asia and in the global research sector.