Qrackd: The Lost Soles At Brooks 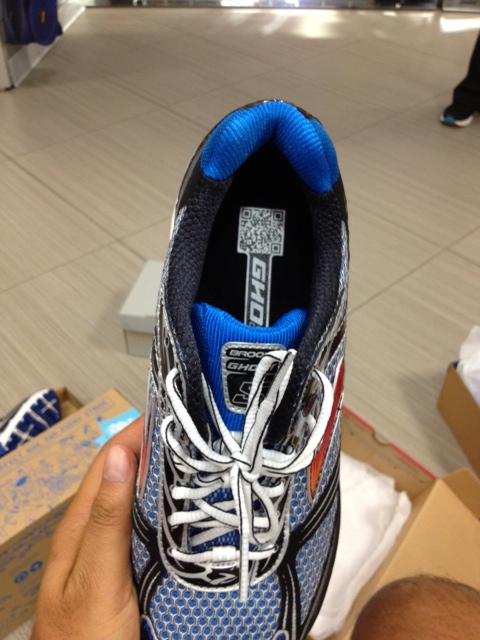 Imagine my surprise then, when I was looking at a pair of Brooks running shoes and came across the below: 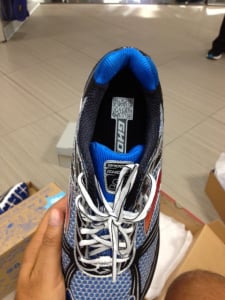 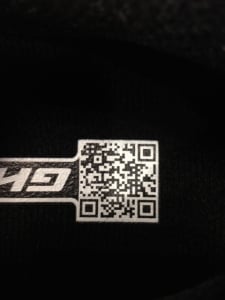 That’s right, you’re seeing it correctly. Printed on the inner sole of a brand new pair of Brooks Ghost running shoes was a QR code.

At first, I felt a small flutter of admiration for the sheer ballsiness of their marketing director to put a QR code where arguably no one had ever put one before. I have no doubt he thought he was being avant-garde and oh-so-cutting edge by “mobilizing” his shoe. That flutter of admiration was soon swept away by a tidal wave of nausea at the sheer stupidity of the whole idea. Whoever put the QR code inside clearly never tried to actually scan the damn thing. You have to wedge your phone into the shoe and turn on the flash to ensure the code can be scanned.

Worse, when you finally do that – much to the amusement of fellow shoppers who clearly take you to be the moron you are for even trying to scan the tag in the first place – all you get is a link to the Brooks Facebook page. Whoop de doo.

What they should have done is link the QR code to a website that took your GPS coordinates and suggested running routes near you. Or one that gave you the pros and cons of the shoe you were looking at. Or told you the weather conditions for the day. Or gave you a coupon for going through the ridiculous effort of scanning the QR code. But to be taken to the Facebook page?

Needless to say, I did not buy those shoes.

(I would give more if I could…)

Snipp’s Snippy Takeaway: So ridiculously self-evident that its not even worth mentioning. OK, I’ll say it: Putting QR codes inside shoes? Now that’s Qrackd!!

What Does a Global Crisis Teach Us About Loyalty Programs

Our newsfeeds have been gripped by the pandemic conversation about COVID-19. Our economic markets...

END_OF_DOCUMENT_TOKEN_TO_BE_REPLACED

Remember the days when a department store used to carry your every need, want and desire? Without...

END_OF_DOCUMENT_TOKEN_TO_BE_REPLACED

With more than a 100 million viewers each year, CHAMPIONSHIP SUNDAY is one of the...